Kuala Lumpur, 28 October 2020 – MITSUBISHI MOTORS MALAYSIA (MMM), the official distributor of Mitsubishi Motors vehicles in Malaysia, announced that the new Mitsubishi XPANDER has officially rolled out from its assembly line and begun its mass production in Pekan, Pahang. Malaysia is the third country to locally-assembled the XPANDER following Indonesia and Vietnam. 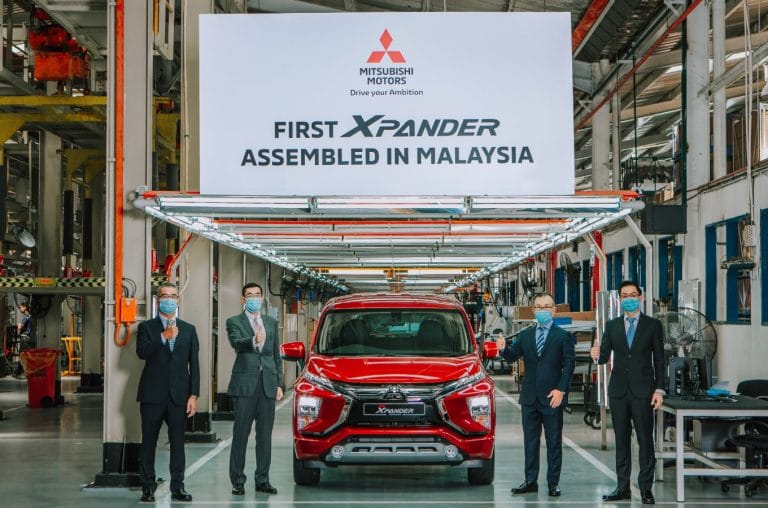 The new Mitsubishi XPANDER is produced at HICOM Automotive Manufacturers Sdn Bhd in Pekan, Pahang. The production line is designed to roll out 6,000 units of XPANDER annually.

Mitsubishi Motors Malaysia has invested in setting up the all-new Body Shop, Painting Jigs and Tester Line at the plant in Pekan. The new XPANDER undergo a Pre-Treatment and Electro Deposition by a 360-degree somersault in an ED-coat tank at one of the most advanced paint shops in ASEAN.

A layer of primer is then painted by a robotic system and then dried heated in an oven bay. Thereafter, the XPANDER is painted again with multiple coats to a fine finish.

Commenting on the new XPANDER, Chief Executive Officer of Mitsubishi Motors Malaysia, Tomoyuki Shinnishi said, “The XPANDER is a significant model for MMM and we are confident that it will be a favourite among many Malaysians. The move to localise the XPANDER is to meet the demands of our Malaysian customers. We want to offer a more price competitive model with better specifications providing customers more convenience and comfort.”

He added, “We ensure all our customers that each unit of the XPANDER undergoes extensive quality control tests, before it is shipped out. Every inch is checked by human-eyes and cutting-edge technology.”

Since its launch in Indonesia, the XPANDER including the XPANDER CROSS, has been well received for its futuristic styling, comfort, and high driving performance. By end September 2020, the total sales volume for the series has reached approximately 270,000 units.

The launch of the new XPANDER in Malaysia is targeted for November 2020.