The new colour joins Jet Black Mica and White Diamond in the available colour line-up for the Triton Adventure X.

Aside from the new colour, a new silver stripe design for the Triton Adventure X side profile is also introduced for a more sportier and rugged outlook.

The Triton Adventure X is the flagship model of the Mitsubishi Triton 4×4 pick-up range and is priced at the following on the road and without insurance for private registration:

The Triton comes with a warranty of 5-Years or 200,000km whichever comes first. 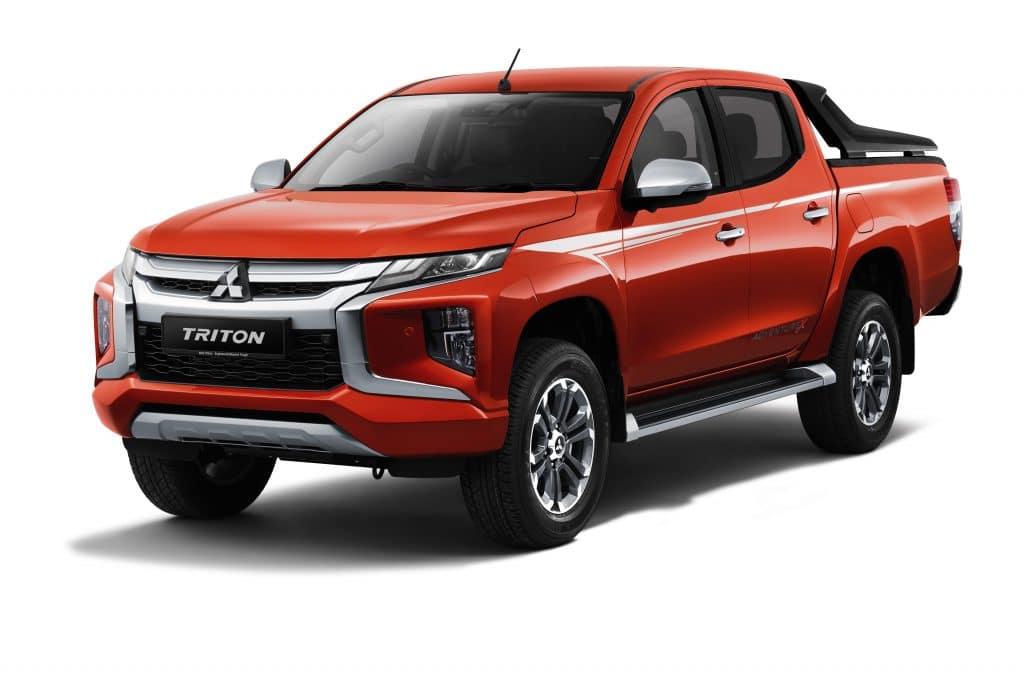 In addition, the Mitsubishi Triton also recorded volume growth of 14.8%, despite the pick-up truck segment dropped by 12.4% (MMM’s financial year to date, year on year comparison). The Triton is still maintaining its number one position in the double-cab pick-up truck segment in three states- Melaka, Penang and Kedah.

More about the Triton
The Triton is powered by 2.4-litre MIVEC turbodiesel engine, which produces 181 PS max power and 430 Nm max torque with Variable Valve Timing technology. The new Triton also comes with 6-speed AT transmission that provides seamless and more powerful acceleration resulting in greater response and performance.

For control, the Triton is fitted with Super Select 4WD II for optimum traction and handling characteristics in any given terrain. The addition of Off-road Mode settings controls engine power, transmission and braking to regulate the amount of wheel slip and maximize all-terrain performance. The Triton is also equipped with Hill Descent Control where the vehicle speed is electronically controlled while it is in a descent mode.

MMM Authorized Dealers Package
The Triton Adventure X comes with an All Round Monitor, a feature that uses multiple cameras around the vehicle to create a bird’s-eye-view to aid parking and maneuvering.

For an added peace-of-mind driving, the Triton Adventure X adds on Driving Video Recorder (DVR), a feature that captures every moment or incident while on the move.

The Triton Adventure X also gets leather seats and 7-Inch Touchscreen Audio with Apple Carplay and Android Ready as standard.

These accessories upgrades are only offered by MMM authorized dealers at all Mitsubishi Motors showroom nationwide.

The Triton range comes with a choice of six variants:

· Prices are quoted on-the-road without insurance (10% SST inclusive) for individual private owners only in Peninsular Malaysia and not applicable in duty free zones.

MMM Sales Network and Others
Mitsubishi Motors Malaysia (MMM) is ranked number one in J.D. Power 2019 Malaysia Customer Service Index (CSI) Mass Market Study. This is the second consecutive year for MMM to be ranked at number one and remained in the top three positions for five consecutive years.