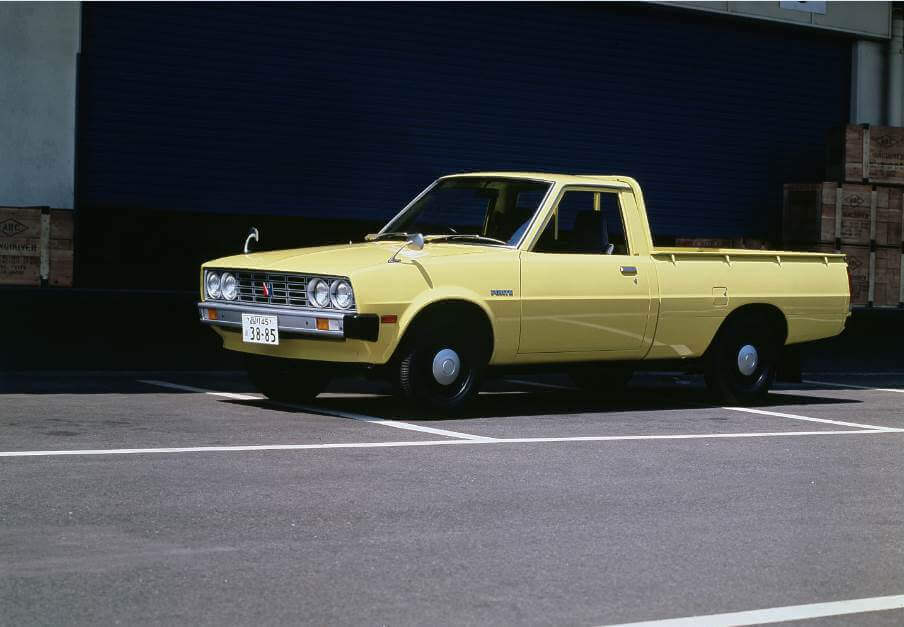 In Malaysia, the first Mitsubishi pick-up truck, Mitsubishi Storm was launched in 2001 by its official distributor at that time, United Straits Fuso Sdn Bhd (USF).

Mitsubishi Motors Malaysia (MMM) was established in January 2005 and the Mitsubishi Triton was launched in 2006. Today, MMM has sold more than 70,000 units nationwide, with an average sale of 500 units per month. 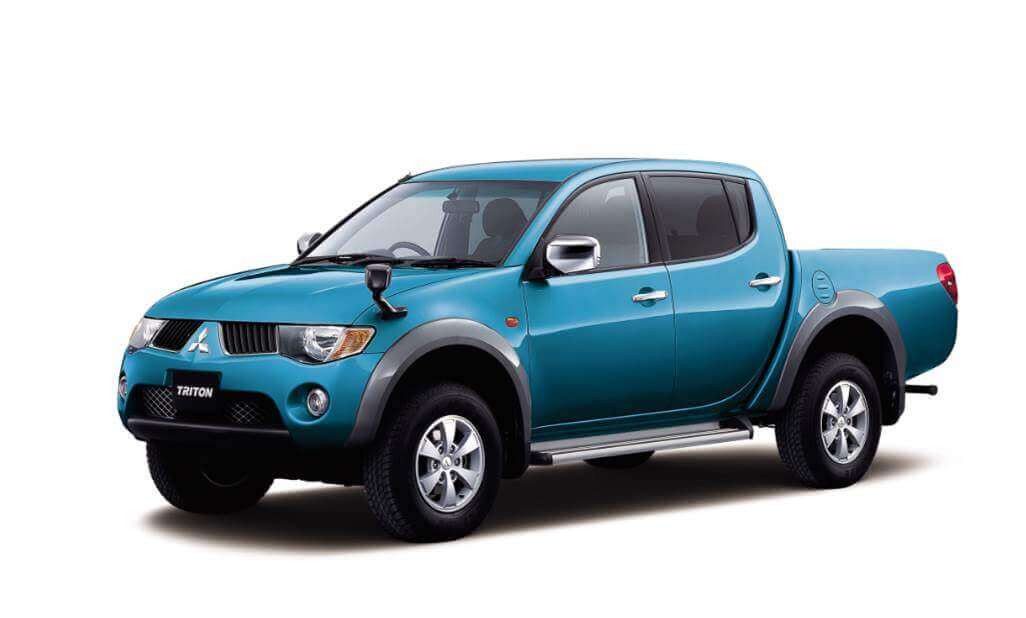 The Triton is the best-selling model for Mitsubishi Motors Malaysia (MMM) with the fifth generation of the Triton currently on sale. 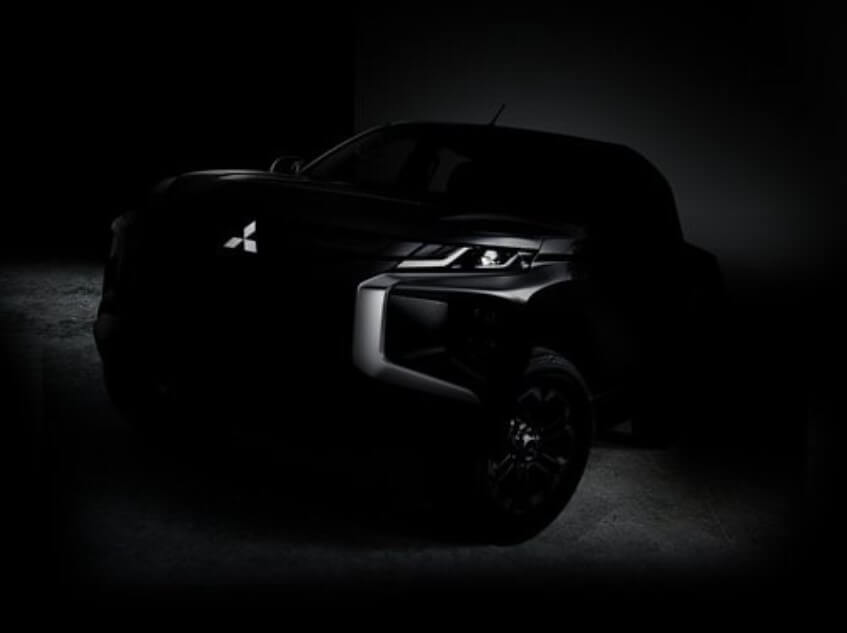 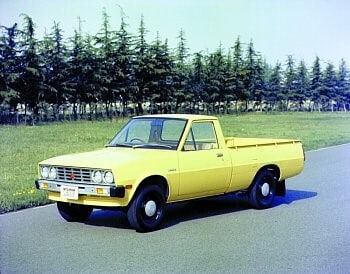 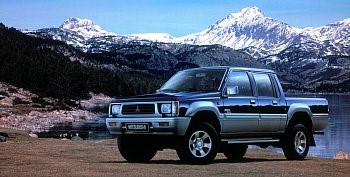 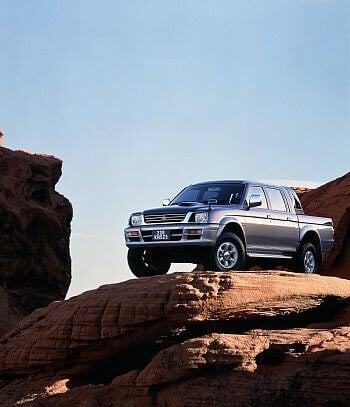 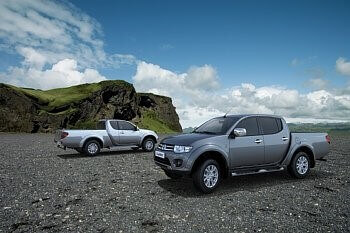 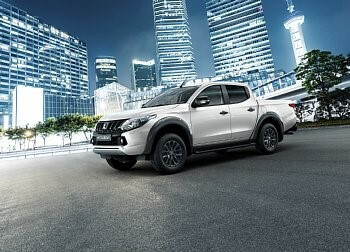 And the future of the pickup will soon be revealed… 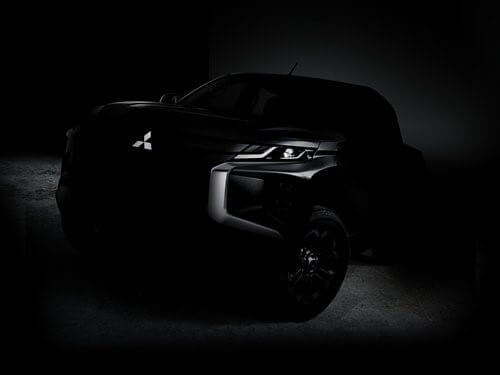 There is a huge overseas demand, particularly in North America, for small pickup trucks, where they are used casually for commuting to school and work, as well as for recreation.

Mitsubishi Motors introduced its first 1-ton pickup truck with the name FORTE in September 1978, and began to export to North America from the following October.

The name for the 1-ton pickup truck “FORTE” means “strong” in Italian. The prototypes underwent rigorous endurance testing on a massive scale in North America, Thailand, and Saudi Arabia to ensure reliability. A total of approximately 657,000 vehicles were produced in the Ohe Plant in Japan, and partially in the Laem Chabang Plant in Thailand.

The styling took its cues from the compact sedan GALANT Σ, with a long nose, an air-dam skirt which was introduced for trucks for the first time, and four round headlights. The FORTE was powered by a 2.0-litre and 2.6-litre petrol engines for North America and 1.6-litre petrol engine for Japan and other regions. A 2.3-litre diesel engine was available for general exports. Its wide 1,360mm front track and long wheelbase of 2,780mm ensured superior driving stability.

The chassis was sophisticated for a commercial vehicle too, with front disc brakes, double wishbone/coil springs for the front suspension, and leaf springs and rigid axle in the rear.

The very quiet interior results from an uncompromising approach to NVH performance, which includes the use of a 2-piece prop shaft and the generous use of strategically-placed sealing materials.

This model served as the forerunner for Mitsubishi Motors’ 4WD lineup such as the PAJERO/MONTERO and the DELICA.

There was a full model change in March 1986.

The exterior sports a classy makeover with a new front grille design, among other detail changes. And the lines create a shape that looks as tough and modern as it is aero-efficient.

The naming changed too, with double-cab STRADA being introduced in Japan in 1991. The model was also called MIGHTY MAX in North America, TRITON in Australia, and L200 in other areas. In North America, it was also sold by Dodge as the RAM 50.

A total of approximately 1,146,000 2nd generation models were produced in the Ohe Plant in Japan, and the Laem Chabang Plant in Thailand.

Production of the third generation STRADA/L200 began in November 1995 in Thailand. The interior and exterior designs were fully revised to give a distinctive and cutting-edge look.

The new style reflected the customer need to have a pickup truck which could also be used as a passenger car for personal use. The model was positioned as a roomy five seater that was comfortable and capable enough for both recreational and commercial uses.

Power and off-road performance were improved with a 2.5-litre intercooled turbodiesel engine and features such as “Easy Select 4WD.” Safety and equipment levels were also enhanced to match the expectations of buyers used to passenger car levels of comfort.

The STRADA/L200 was sold in Thailand and also exported to Europe, Oceania, Latin America, the Middle East and Africa. A total of approximately 1,046,000 vehicles were produced.

In August 2005 there is full model change and after its introduction in Thailand in 2005 it was exported in stages to approximately 150 countries worldwide, becoming an important model in Mitsubishi Motors’ global strategy.

The TRITON/L200 was developed with the following three key features to help it conquer the world. First, it had to exceed the basic performance requirements of pickup trucks such as economy, durability, and reliability. Second, it had to have the highest quality standards to further strengthen the brand on a global scale. And lastly, it had to meet a wide variety of customer needs, not just be a commercial use vehicle.

Characteristic features of the 2005 TRITON/L200 include an innovative interior and exterior design which suggests sportiness while also being stylish. The packaging gives the roomiest interior in its class, while the suspension and interior equipment enable ride comfort to rival passenger cars.

These elements not only highlighted the innovativeness of the TRITON/L200 in the marketplace, but dispelled the general image of pickup trucks as merely commercial vehicles. This greatly expanded the customer base of Mitsubishi Motors’ pickup trucks.

The newly designed body also achieved the highest level of crashworthiness in its class. Participation in the Dakar Rally and other races built up its superior off-road 4WD performance and helped tell the world about the TRITON/L200‘s toughness.

In 2014, the new 5th generation TRITON/L200 further refines the concept to meet with the increasingly varying needs of customers. Improved usability and durability for commercial use, a sporty feel that is both easy and fun to drive, quality that gives customer satisfaction, and comfort for every passenger are all qualities that the new TRITON/L200 has realized, evolving into the “ultimate sports utility truck.”

The 2.5-litre turbodiesel and 2.4-litre gasoline engines have been improved and are offered alongside a newly-developed 2.4-litre MIVEC “clean” turbodiesel. It delivers superior performance while achieving top-level fuel economy and lower CO2 emissions. A 6-speed manual and 5-speed automatic transmission with sports mode are also offered for the first time.

The 4WD systems continue to develop too. The “Easy Select 4WD” system has three positions: 2H, 4H, 4L to provide optimum traction to match road conditions, and the “Super Select 4WD-II,” with an electronic actuator.

A 2WD option is still offered, including the standard version and a “High Rider” model which has the same ground clearance as the 4WD for improved rough-road performance.